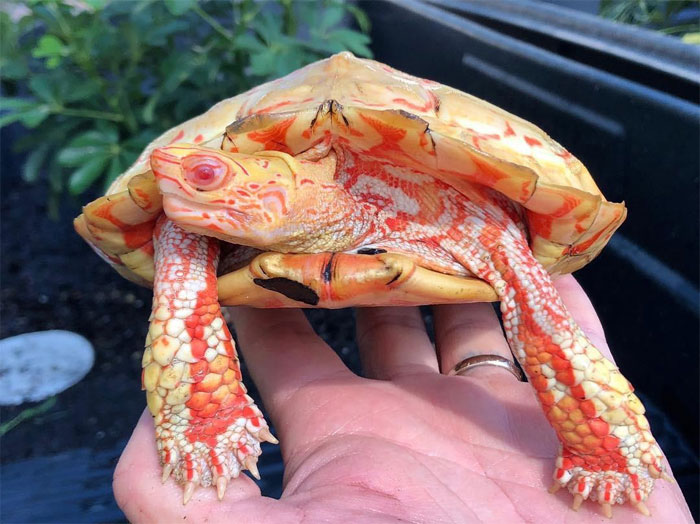 Quick, when I say the word ‘albino,’ what color do you think of? Odds are, you’re thinking of white. Especially because albus means white in Latin. But albino turtles aren’t always white—sometimes, they’re red! Which makes them look like tiny fire-breathing dragons or fantastical creatures from a parallel universe. Our planet is far from boring; we just need to be patient and look for amazing things like these cool animals. 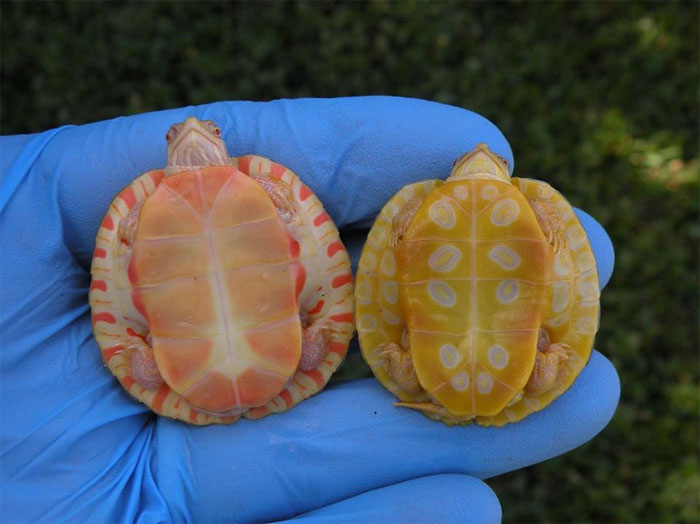 One albino turtle that has caused a huge stir on the internet, in particular, is a pink belly side neck named Hope. Not only is this unique animal an albino, but she was also born with her heart beating on the outside of her body! After she became an internet sensation, her owner Aqua Mike continues to take care of her. Hope turned 1 year old this November and we’re sure that she’ll celebrate plenty of birthdays to come.

Bored Panda talked to Aqua Mike about what his initial reaction was the very first time he saw an albino turtle. “I was immediately in love. It was like seeing an exotic animal that I couldn’t have ever imagined existing.” 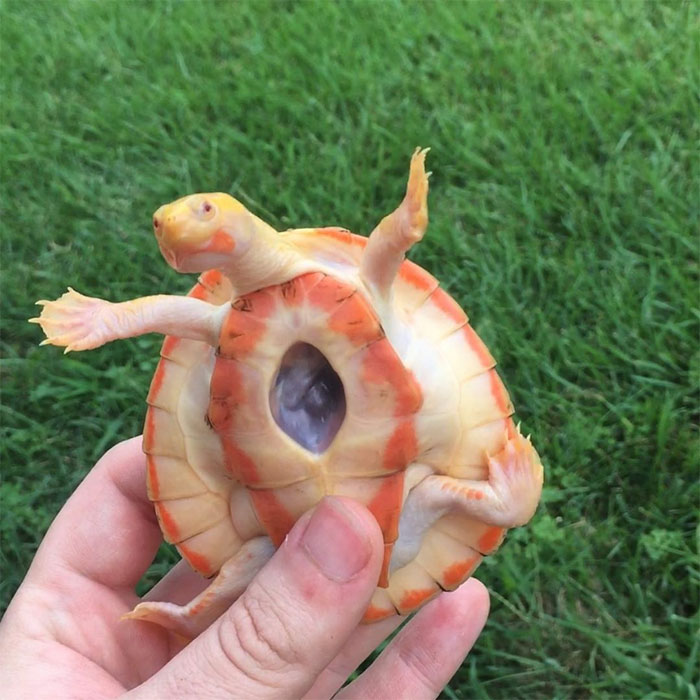 “There are different types of turtles with albinism,” he specified. “Some may appear to be a solid yellow without many patternings on their turtle shells, like a red-eared slider, but the pink belly side necks are known to have pink on them when they aren’t albino, so that color stays in the albino variant as well!”

According to Aqua Mike, albino turtles make amazing pets, but aren’t the same type of pet like doggos or cattos: “They are very interactive and will beg you for food, they will pose for the camera and everything, but they are not meant to be handled. I always get asked what’s a good turtle I can get for my kids one that can be handled. Don’t get me wrong they can be handled, but they are no dog or cat. They are happiest when you leave them alone!” 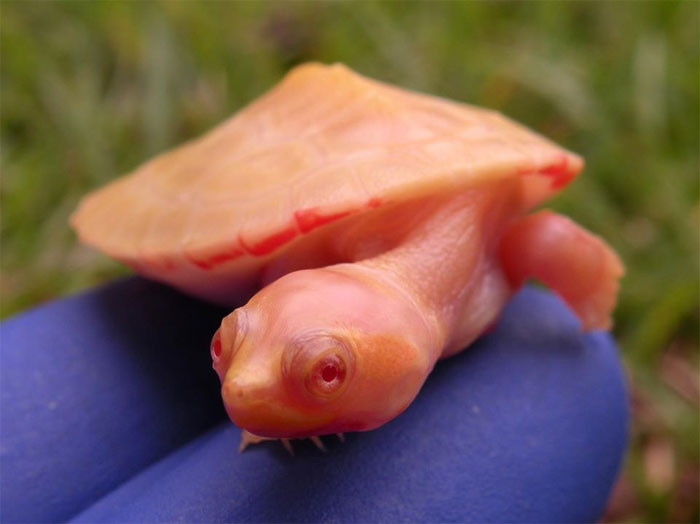