A woman was heading into work one day when she suddenly heard the sound of crying ducklings coming from a drainage tunnel — and then noticed a mama stuck, standing near the entrance to the tunnel, crying nonstop. The mama duck was desperately missing her babies, and seemed to be trying to tell anyone who would listen that they needed help.

The duck mom wouldn’t give up, and the next day the woman tried to go into the tunnel herself to find the babies, but the water was deep and the tunnel was incredibly dark, so she realized she wasn’t properly equipped to handle the situation. Instead, she contacted Dan Martin, a local wildlife rescuer, who quickly traveled out to the tunnel in hopes of finding the trapped ducklings. 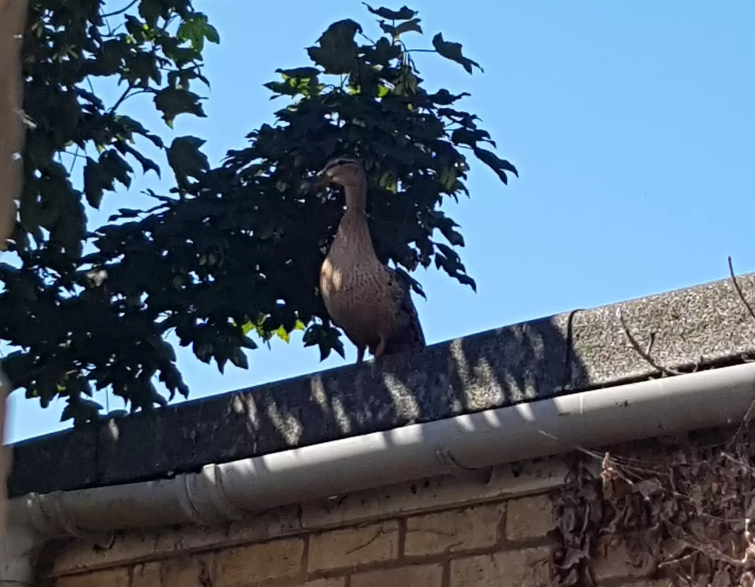 Martin began wading carefully into the tunnel, trying to follow the sound of the chirping ducklings, and it quickly became clear to him that there was no way the ducklings would ever be able to get out of this situation on their own.

“It soon became apparent why they were trapped inside the tunnel as the opening had a large drop far too high for them to jump up to escape,” Martin told The Dodo. “I can only assume the current had swept them down there.”

After shining a light into the dark for a while, with no idea if he was on the right track or not …

… Martin finally came across the scared little ducklings, running around the tunnel in a pack, looking for their mom just as frantically as she had been looking for them out on the street. 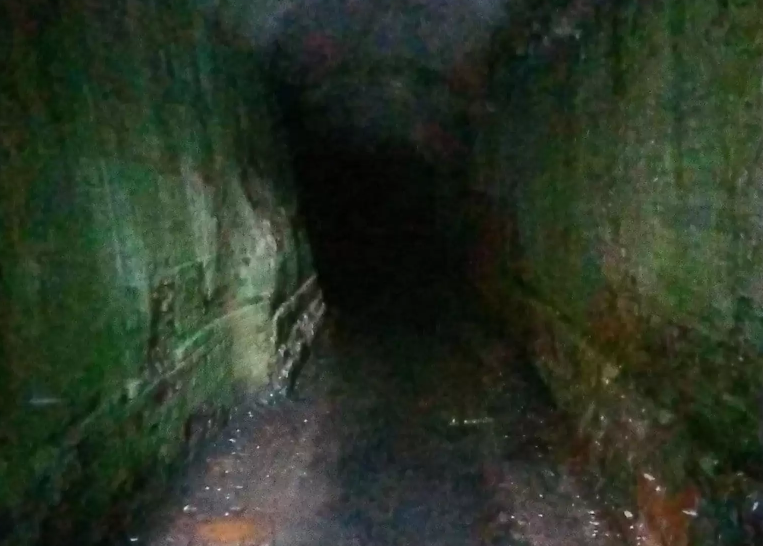 Unfortunately, one of the ducklings hadn’t made it, but the remaining ducklings all seemed to be just fine, so Martin scooped them up and began the trek out of the tunnel.

Once he and the ducklings emerged from the drainage tunnel, Martin was delighted to see the mother duck was still there, waiting diligently for her babies to be returned to her.

“I loaded the little guys into my car and was about to head home to feed them up when I noticed mama duck on a nearby roof,” Martin said. “She hadn’t given up on them.” 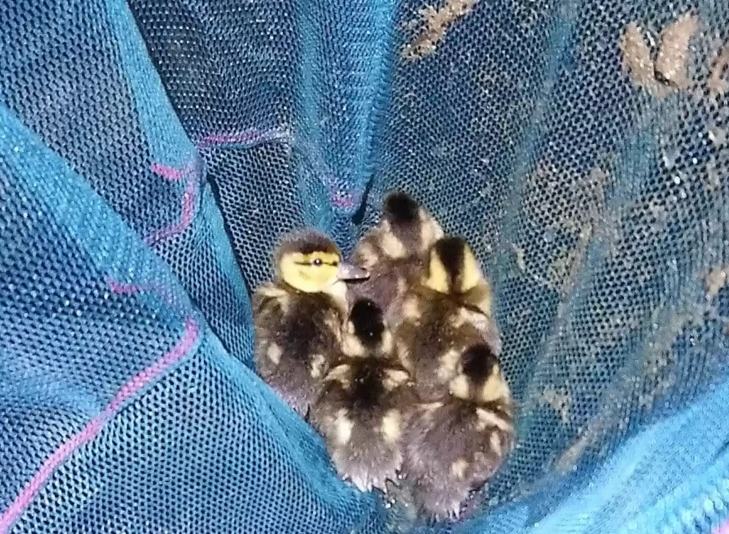 Wanting to make sure the family would be safe, Martin made sure the mama duck could see her ducklings, and then he led her over to a safe, grassy area away from the road …

… and reunited the ducklings with their worried mom at last. 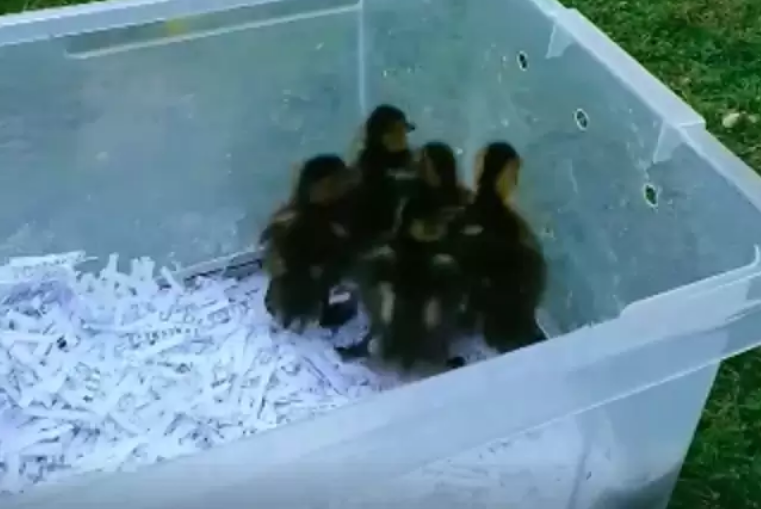 As soon as the ducklings’ feet hit the grass, they raced to their mother, and the family disappeared into the bushes, so grateful to finally be together again.

“It was the best feeling,” Martin said.